We have a very brief post today with just a few updates to share, starting with a new engagement on Kate’s Calendar: The film “tells the moving and life-affirming true story of the unlikely friendship between a young homeless busker, James Bowen, and the stray ginger cat who changed his life.”

On a related note, our calendar page references Remembrance Sunday on the 13th. We don’t know if Kate will watch that ceremony as she has in years past, my expectation is that we will see the Duchess in Whitehall. Nor do we know if either/both Cambridges will attend this year’s Festival of Remembrance at the Royal Albert the evening before (Saturday the 12th). Last year was the first time the Duchess attended the annual event, put on by the Royal British Legion. We’ll let you know if there are updates on these engagements, or others.

Next, The Telegraph’s profile of one of Kate’s favorite shoe designers: Meet Gianvito Rossi: the man making stilettos comfortable. From Lisa Armstrong’s story:

The son of Sergio Rossi – one of the preeminent Italian shoe names from 1966 onwards – Gianvito is well placed to observe women’s feet. The family home was above the factory – young Gianvito grew up with the sweet, damp tang of leather in his nostrils.

As of this writing we have seen Kate in four pair of the designer’s signature Gianvito suede heels.

In the article we learn some of Mr. Rossi’s thoughts on stilettos:

He loves that stiletto – it’s a man’s ideal of a woman’s shoe, he says.

“Higher is not necessarily better,” he says. “And I speak as someone who designs from a man’s point of view. But if a woman wears a heel that’s too high for her, it distorts her silhouette.

If fond of the style Kate wears but not keen on the notion of a 4″ heel, there are options.

The signature suede point-toe pump comes in several other basic colors, including a neutral mushroom, a dark navy, as well as multiple leather shades.

The Telegraph story notes several styles the designer is known for:

…three of the most copied styles of recent times: the Portofino sandal, a deceptively dainty looking strappy stiletto; the velvet ankle boot; and the leather-tipped PVC stiletto court shoe, which has been a perennial bestseller since its launch five years ago. He loves that stiletto – it’s a man’s ideal of a woman’s shoe, he says.

The PVC stiletto is the style I received several questions about when it was worn by Sophie Grégoire Trudeau during the Canada tour.

Yours truly had nary a clue it was that popular, nor available in so many colors.

It was interesting to learn about Mr. Rossi’s thoughts on sneakers (aka trainers):

For a man who constructed his reputation around the perfectly engineered stiletto – mathematically balanced, refined proportions, neither too high nor too pointy – Gianvito Rossi is sanguine about the encroaching hegemony of the trainer, even though he holds it responsible for the ever-widening female foot. “Trainers are part of modern life – and they’re better than destroying your feet with badly fitting high heels,” is his verdict.

You can read the entire piece by clicking here.

Whistles is launching a line of wedding dresses in February. More from British Vogue:

THE trend for high-street bridal collections has proved a popular one of late, and now Whistles is throwing its hat into the ring with an edit of seven limited-edition styles.

“We’ve had so much interest from customers on wedding attire that we felt the time was right to launch a contemporary collection of dresses for the modern bride,” said creative director Nick Passmore

And a brief update on a designer Kate wore with frequency, Daniella Helayel, founder of Issa London. In addition to her capsule collection for Monsoon, Ms. Helayel has launched a new fashion brand called Dhela. Blue Carreon at Forbes has an interview with the designer, as well as photos of some of the styles. Our thanks to Patricia on the WKW Facebook page for letting us know about the story.

The story explains the origins of the brand’s name:

Clearly, the name of the label is derived from your name, why not use Daniella Helayel? What was the logic behind it?

I love my name, Daniella Helayel, but I don’t think it’s a brand name. I’ve always preferred short, catchy names which are easy to remember for brands. I see Dhela becoming a lifestyle brand, not just fashion and I can imagine the name working well for it throughout the brand’s growth.

Yes, DHELA are my initials, but “dhela” also means ‘belonging to her’ in my native Portuguese. It is elegant and sophisticated and easy to memorize.

A quick FYI: Ms. Helayel’s Gisele dress for Monsoon, considered a fab engagement dress repliKate, is back in stock at Monsoon in several sizes. Other stories you may enjoy: 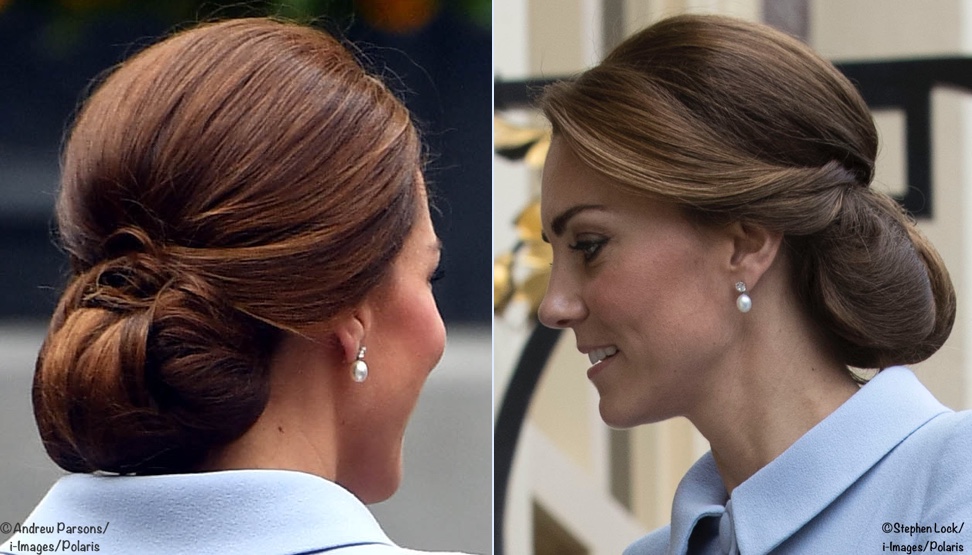 Pssst, if you haven’t voted for your favorite ensemble worn during the Canada tour, click here, voting closes Monday.

That is it for this post, we’ll see you next week.

Here's a question / comment: I'm 5'6", slim, and wear shoe size US 7.5 / UK 5.5. 4-inch stilettos look ridiculous on me and feel incredibly painful, like my foot is jacked up so high that I'm slamming my entire body weight onto the balls of my feet. But Kate's feet in her 4-inch (4"1!!!) heels look long and elegant, a nice gradual slope up from the toes. In fact, her feet in those high stilettos look like mine in, say, 2.5" heels. Which makes me wonder - how big are her feet?!?

Or another way of putting it - does anybody know what shoe size she wears?

Does anyone think the PVC stiletto might make one's feet sweat and thus look quite strange after wearing them for any length of time?

Well was contemplating owning a pair but the imagery has put me right off thanks. Lol

I never like the feel of the PVC even if it can look great. I wear stilettos but go for comfort. My issue like most of us is fit with any shoe:) I have wide feet but a narrow ankle so pointy toes are particularly difficult to find a good fit. His heels are gorgeous.

I need to stop looking at Gianvito Rossi heels, because they are clearly out of my budget.But they are absolutely divine...

I have a Clarks version of the Rossi sneaker. I saw a photo of Princess Beatrice wearing a similar shoe with black tights. It is an on trend look this year.

a pantsuit on your wedding day? I think NOT!