The Duchess wears a Long Sleeved Turtleneck Dress in the olive melange colorway, also referred to in some locations as the ‘Khaki Jersey Dress’. The garment is a wool/cashmere blend, with ribbed cuffs and collar, here are two more views of the piece. The original price for this piece was $399, it is now on sale at $159 online on the US website, available in sizes M-XL as of this writing.Â  The turtleneck dress also is available in Charcoal and Black. 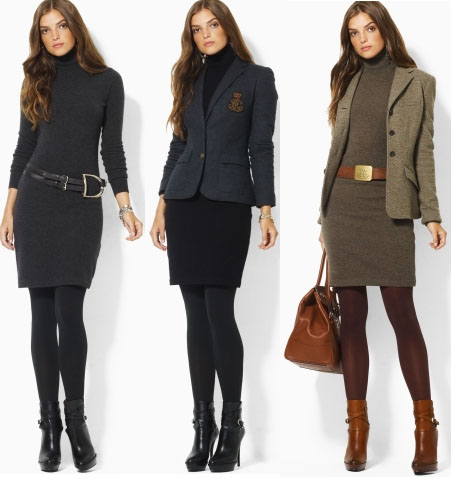 The dress is a good choice, offering a casual yet elegant style that is more appropriate than the jeans some expected her to wear, and the shade is ideal for Kate’s coloring. Once again we saw the Duchess’s Aquatalia Rumba boots, as well as her Kiki McDonough Grace earrings.

Kate and William were at the shelter to take part in a cooking class and to watch a talent show. Centrepoint shared photos on its Facebook page. Kate clearly enjoyed meeting and speaking with the young people. The cooking class was part of the centre’s ‘Healthy Living’ education program.

The couple worked alongside residents and staff making lowfat mince pies and cookies. A few treats were decorated just for the Duke and Duchess, there are reports Kate also decorated several cookies especially for some of the young women taking part in the class. Below we see a picture of William’s now-famous ‘swag dance’ with 18-year-old Vanessa Boateng.

It sounds like everyone enjoyed themselves, more on the visit from the Suffolk Free Press:

The Duke of Cambridge has proved to the world he has got street credibility by creating a new dance.

William was labelled “cool” by style conscious teenagers from a south London centre for homeless youngsters after coming up with the “Swag Dance”.

The new moves involve brushing imaginary dust off your shoulders as your partner copies you – signalling you have trendy threads.

It is unknown if this photo was taken before or after the dance. The visit looked like a success, nice to see as Centrepoint was William’s first patronage, he started in that role in 2005. The shelter for homeless young people has long been close to the Duke’s heart, his mother was also a longtime patron. Centrepoint was also the focus of William’s very first public speech, given at a reception for the group.Â  Below we show William in 2009, he spent the night sleeping outside with Centrepoint CEO Seyi Obakin as part of an effort to better understand what homeless people face.

Below we see Prince William speaking about the organization’s 40th anniversary in 2009.

You can learn more about the charity on its Facebook page or website, or visit the group’s ‘More Than a Gift’ page to see how far a small donation really goes.

The BBC has a great story on today’s visit. There is also an excellent Sky News story about the day’s events. We next expect to see Kate and William as they and other Royals walk to church on Christmas Day.